Every two years, the Peter und Luise Hager Foundation awards the Meister-Gründerpreis to three successful founders in the German electrical trade. The prize, which has been awarded since 2016 and is open to entries from all over Germany, rewards master craftsmen and women in the electrical trade for their courage, their personal business concept and the success associated with it. The requirement for this is registration in the Register of Craftsmen and Entrepreneurs and registration of the craftsman's business as founder or successor in the last five years.

Due to the current Covid-19 pandemic and the restrictions and changes that have come with it, the Peter und Luise Hager Foundation has decided to cancel the award ceremony of the Meister-Gründerpreis in 2020. The next application round will begin in spring 2022 with the start of the Light+Building, which has also been postponed. As usual, the award ceremony will take place during the belektro fair 2022 in Berlin. All applications received so far will be taken into account in the next application phase for the Meister-Gründerpreis 2022.

Since 2020 Tobias Hans, Minister President of Saarland, is the patron of this award.

The six-member jury consists of renowned personalities from politics, business and the skilled trades. Since May 2021, Markus Bruder has taken Thomas Wätzel's place on the jury. Wätzel's membership of the VEG board of directors has come to an end and his position on the jury of the Meister-Gründerpreis has thus expired. Markus Bruder will succeed him as a representative of the VEG. He has been a member of the board of the VEG e.V. since the end of 2013 and is the managing director of Friedrich Streb GmbH in Offenburg. Further information at veg.de/organisation/vorstand/.

The application round has been cancelled due to the pandemic.


Retrospective: Award ceremony 2018 on November 7th, 2018 at the representation of the Saarland at the Federal German government in Berlin

Under the patronage of the former Minister-President of Saarland, Annegret Kramp-Karrenbauer and Peter und Luise Hager Foundation, the ‘Meister-Gründerpreis’ (Master Founder Award) was presented for the second time in Berlin on 7th November 2018. Kevin Breuer, Jannik Henken & Jan Liesche together with Steven Kolbe, were delighted to each receive a €10,000 prize.

Decisive factors in determining prize winners were; the successful financial development of the businesses, the commitment of the 'masters' to the development of employees, the promotion of training and state-of-the-art technical solutions and services. The six-member panel also took into consideration the entrepreneurial spirit and social commitment of the candidates. “With the ‘Meister-Gründerpreis’Award, we want to reward the motivation behind the training that it takes to become a master electrician and the courage needed to become self-employed”, explained panel member and Peter und Luise Hager Foundation representative Gregor Wille.

Kevin Breuer. 28 years old with a master electrician's certificate since the beginning of 2018, founded BG Elektrotechnik GmbH & Co. KG in Ratekau, Schleswig-Holstein. His own boss, his company's services range from all kinds of electrical installations to street lighting and event power supply. Installing electric charging stations is also part of his portfolio.

Jannik Henken. After receiving his master electrician's certificate in February 2015, he decided to start his own business. The 26-year-old specialises in the renovation of old buildings in the Oldenburg area and in June 2016 took over an existing company, Elektro Jäger.

Jan Liesche (35) and Steven Kolbe (30). Together they set up Likosys GmbH in Berlin, a company which takes care of electrical systems for all types of industrial and commercial sites.

The four young men were delighted to receive the congratulations of the six-member panel and the Foundation's representative, as well as a video message from Annegret Kramp-Karrenbauer. The award ceremony was held at the Saarland representative's chambers of the federal government’s Berlin offices. 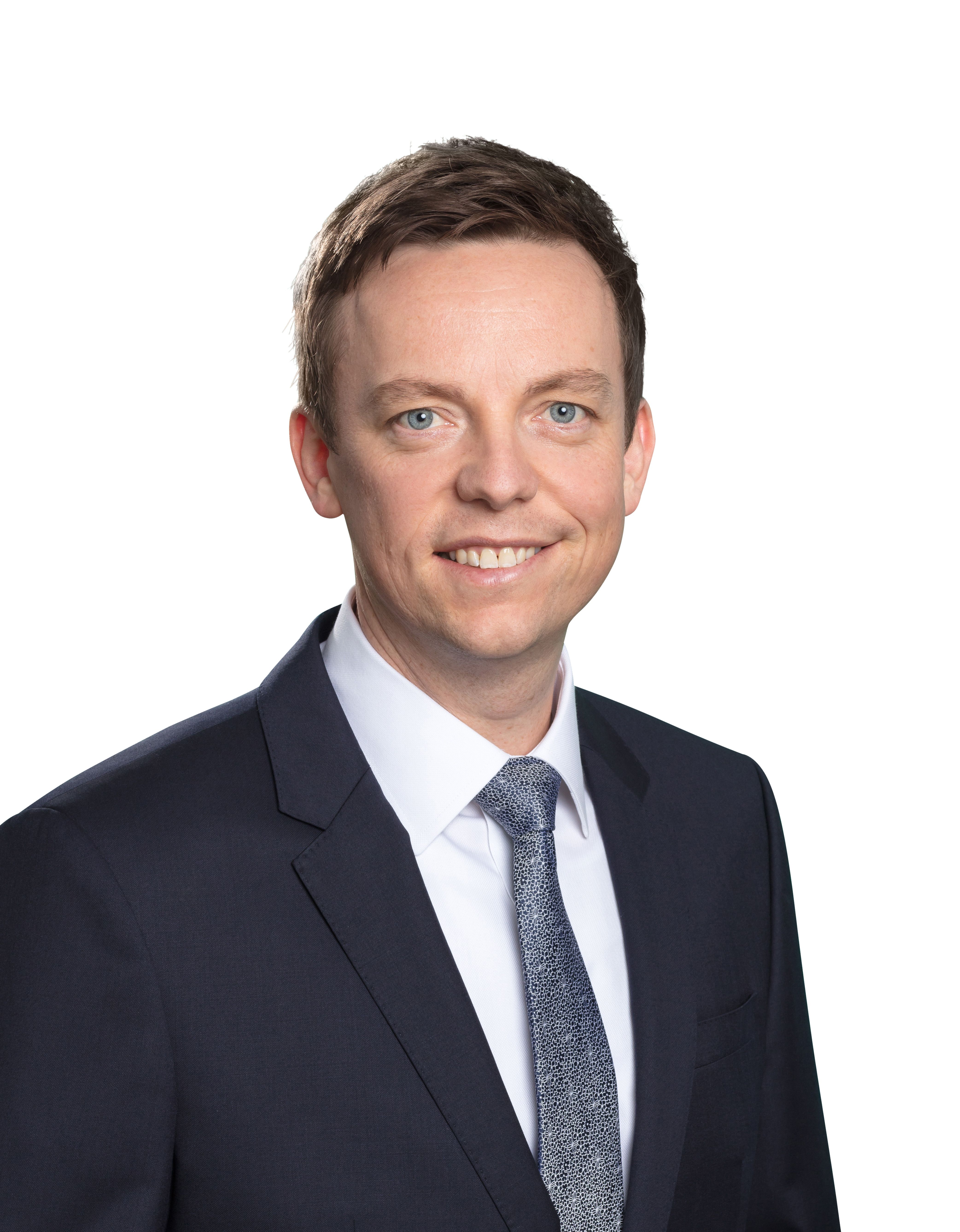 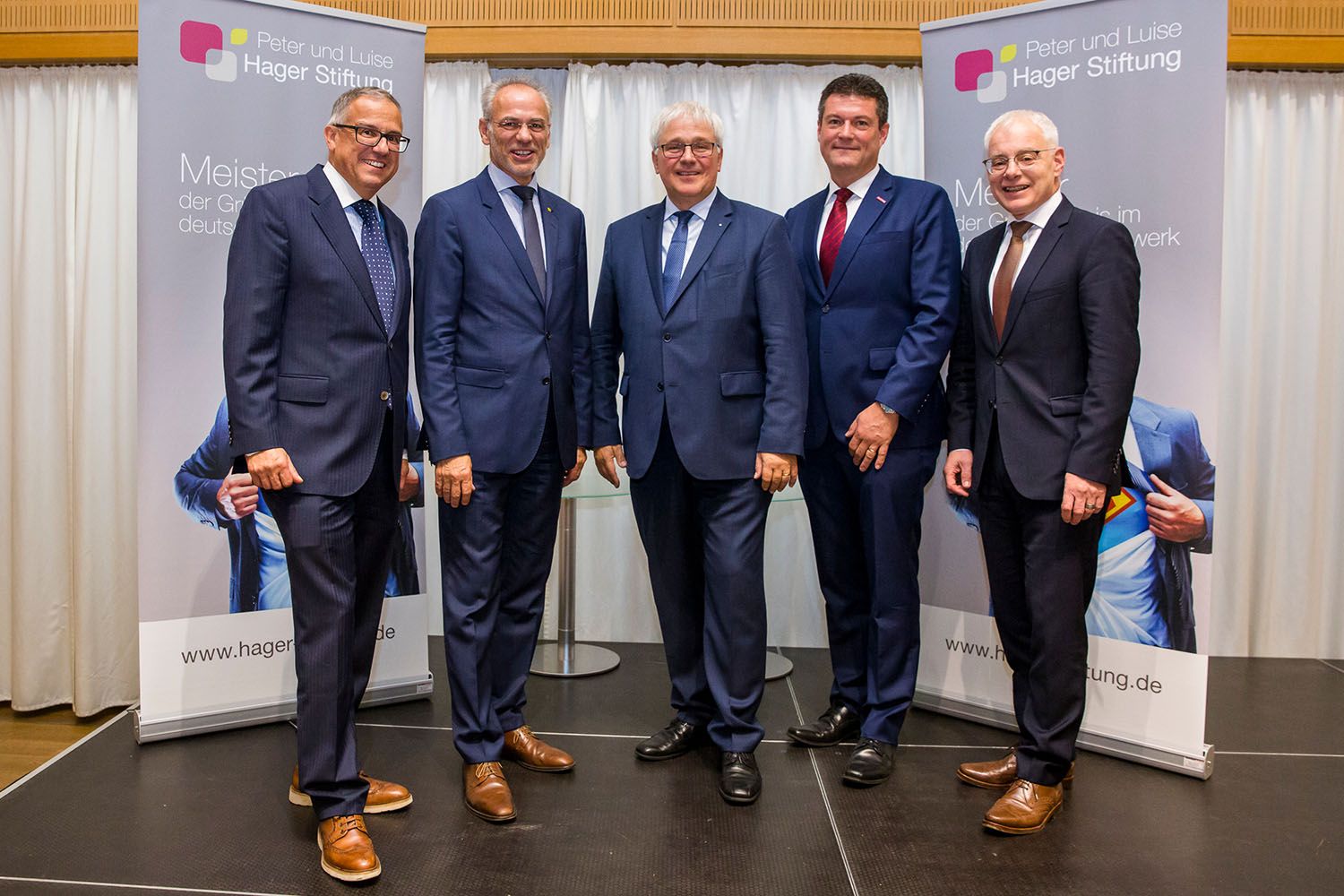 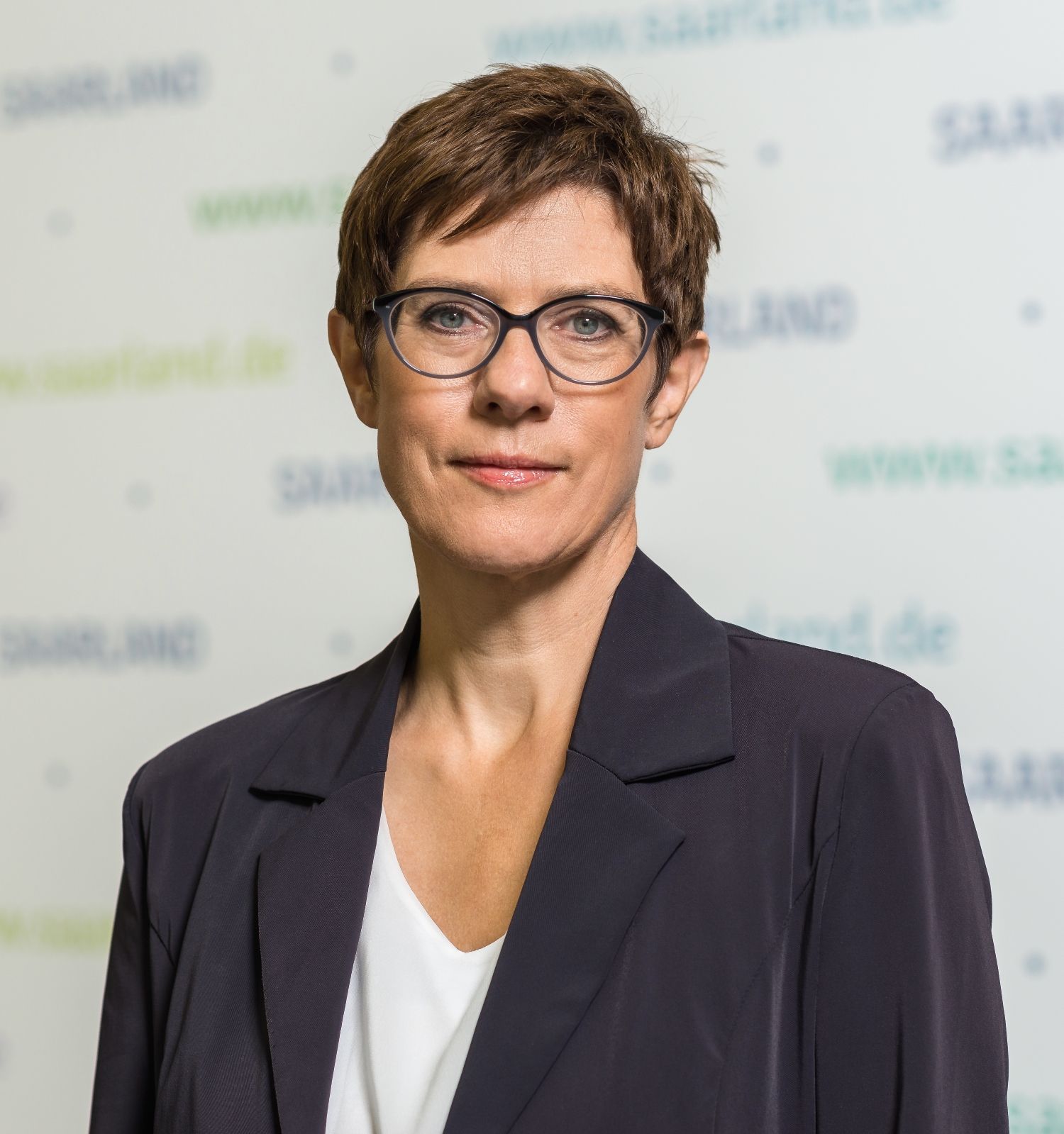 Patronage 2016 and 2018
Annegret Kramp-Karrenbauer, former Minister-President of the Saarland